Wonders of the World Models

Today was year 5 and 6's Mods and Rockers day. The pupils have been studying the 1960's and today was a special day as they dressed up as characters from the 60's, talked about themselves and had a disco for the last hour. The children and staff made a fantastic effort as you can see from the photos below. 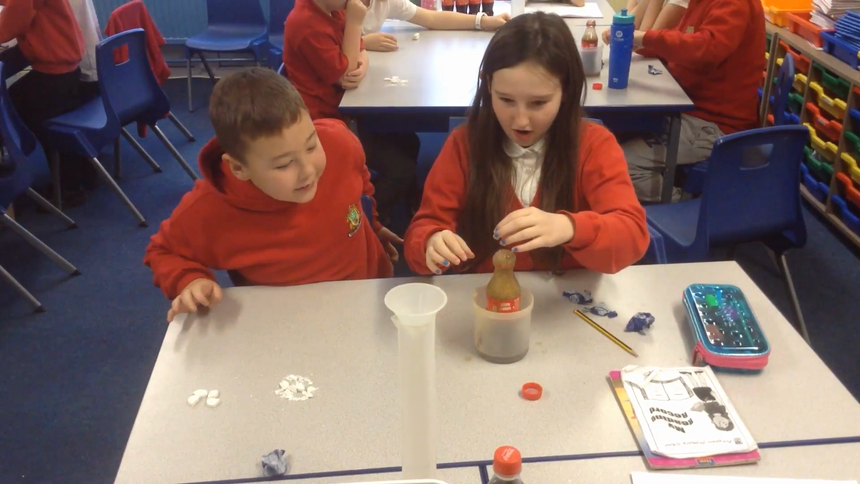 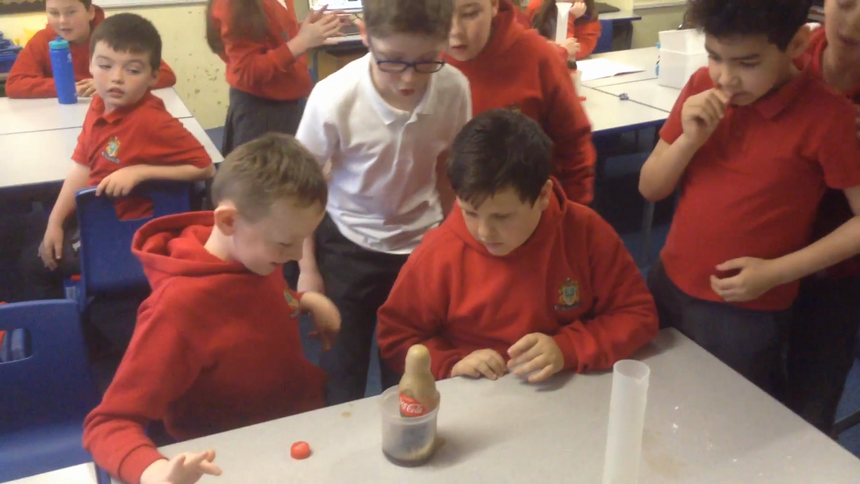 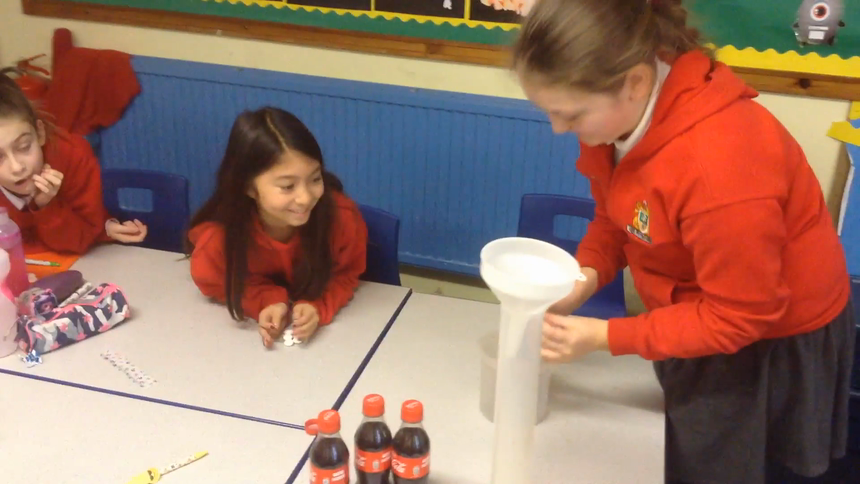 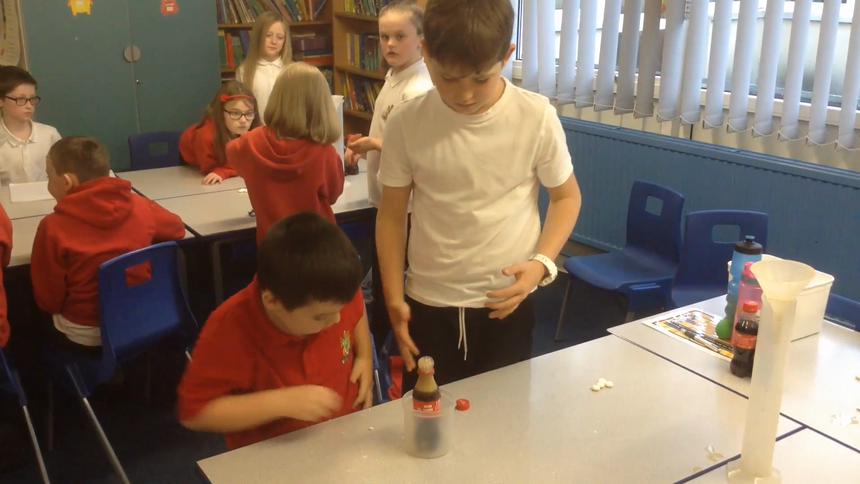 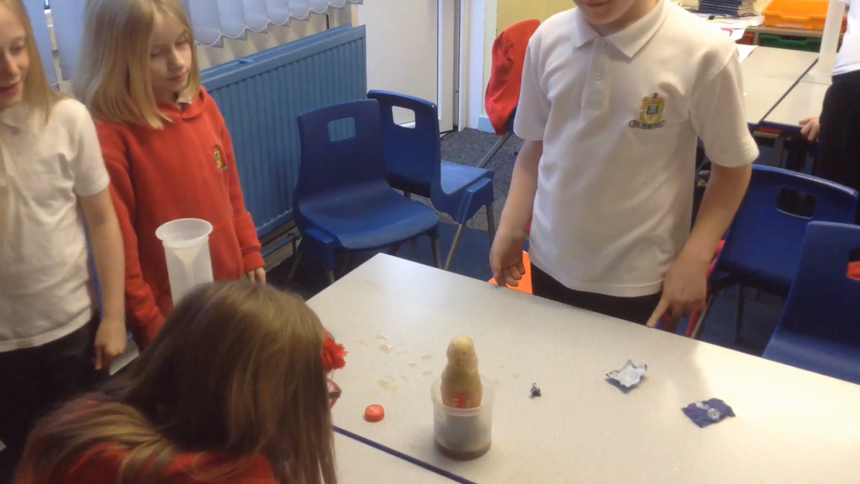 Year 5 had a fantastic learning experience today at the National Museum of Wales in Aberystwyth.

When they arrived they were met by Owain Dafydd, the Education officer. Firstly he talked generally about the library, when and why it was built. The pupils were enthralled hearing fascinating facts about the library.

They then had a tour into areas where the public are not allowed to go. The pupils were able to enter cells where important documents and artefacts are stored. They not only saw books but portraits, manuscripts, maps and other important historical items. They understood the importance of the library for Wales as a nation.

After lunch the pupils were actively involved in a workshop. They looked at 6 specific iconic items in the library. These were then sorted into chronological order. To actually see artefacts that were hundreds of years old enthused the children. They saw the first photograph ever to be taken in Wales, one of the original 12 Bibles that William Morgan translated into Welsh and also Hedd Wyn's actual poem that he won the Eisteddfod with before his death in World War one.

Every child and member of staff leaving the library had had a marvellous experience and they will remember it for a long time. 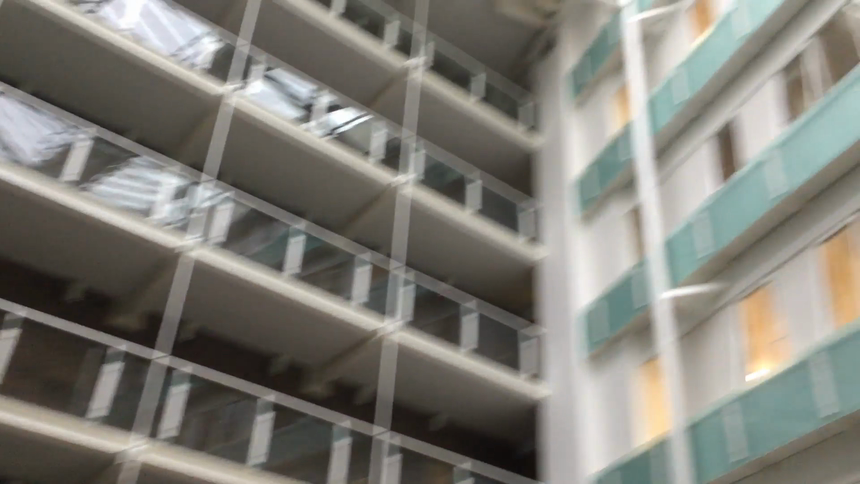 Thank you to parents, grandparents and friends who came to our World War 2 model exhibition. Your support in helping to make their models was invaluable. Here are some photos below.

Years 5 and 6 had a wonderful visit from a 93 year old World War 2 veteran today. Ernie Hughes who was a sailor in the navy during that time spoke about his experience. The staff and children were enthralled by the stories he had to tell. He also showed his medals and a picture of himself during the war. 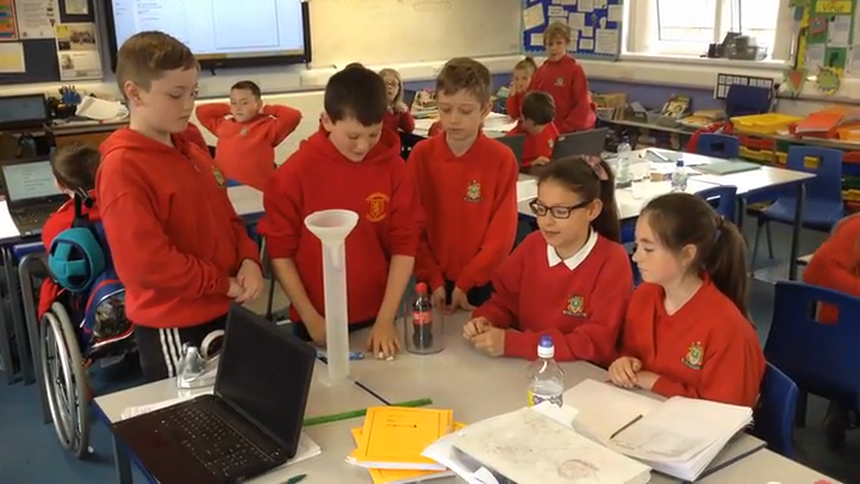 Year 5 had a fantastic day today creating Picasso type sculptures. Thanks to Mr James Barker who inspired the children to improve their artistic and creative skills. Here are some photos and videos of the day. 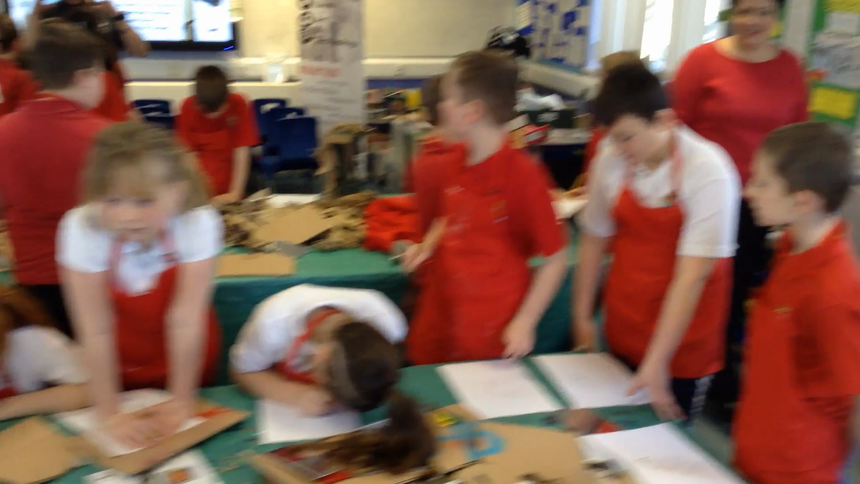 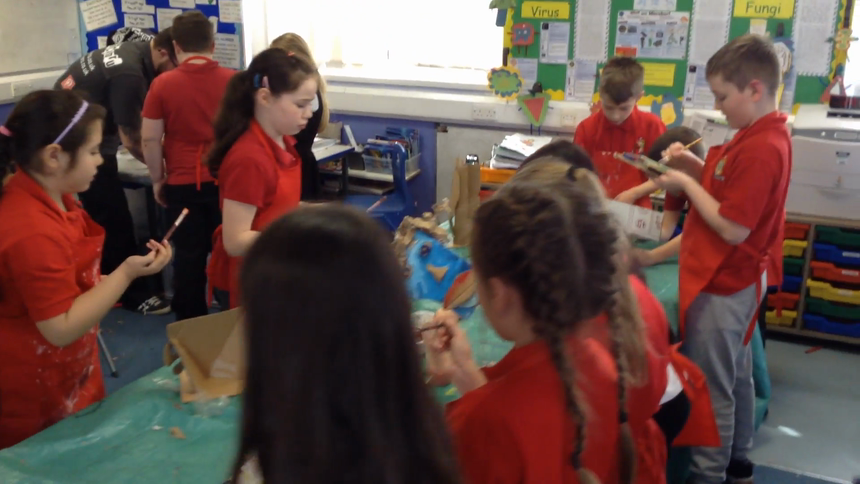 Today years 5&6 visited Parc Y Scarlets as part of their theme on Champions. They had literacy and numeracy tasks, interviewed a Scarlets' player (Steffan Evans), had a tour of the stadium, played games in the barn and finally went to the shop. It was a thoroughly enjoyable day. 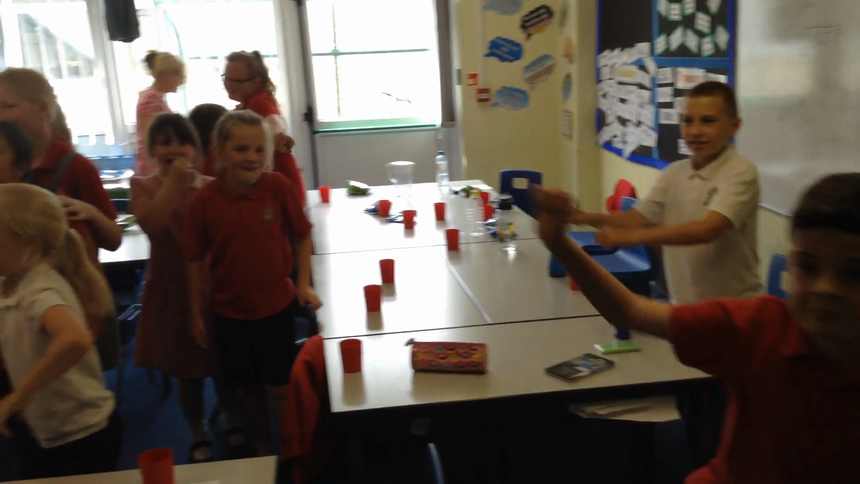 Today was year 5 and 6's Mods and Rockers day. The pupils have been studying the 1960's and today was a special day because they dressed up as characters from the 60's, talked about themselves and had a disco for the last hour. The children and staff made a fantastic effort as you can see from the year 5 photos below.

This is "Lily's Get Well Message" by Penygaer Primary on Vimeo, the home for high quality videos and the people who love them.

During our study of World War 2 we had to think of historical questions. One child dressed up as Anne Frank, the Jewish girl who was in hiding in Amsterdam during the war. She is famous for her diary which was published after she died in the concentration camps.
Apart from the child dressed up as Anne Frank, the class had no idea this was going to happen and therefore this was a surprise hotseating task for the children.

Thanks to Mr Richard Morton for teaching Bible Explorer to year 5 for the past five weeks. The pupils have thoroughly enjoyed learning about the Old Testament. This week he presented them with their certificates. 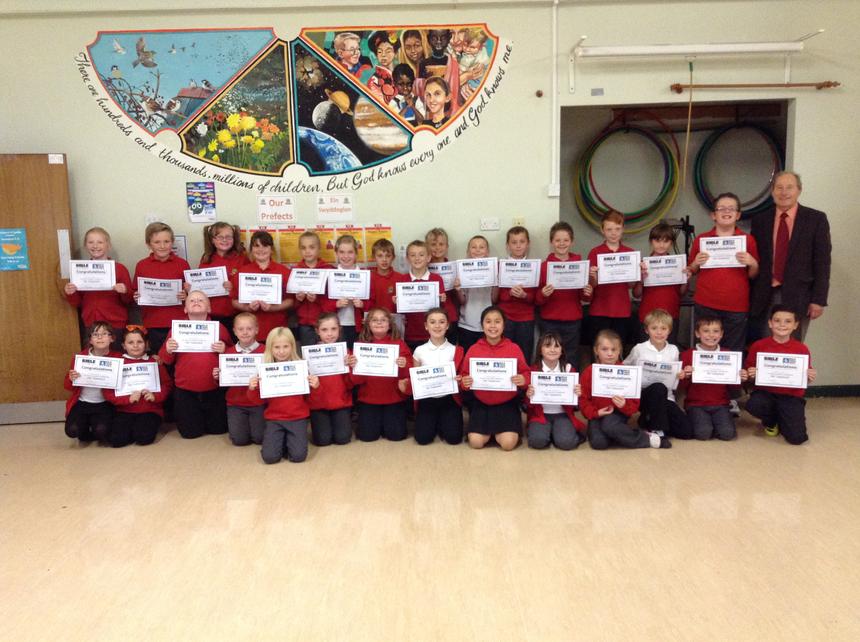 The girls in year 5 showing off their modelling skills in the story of Esther!!

Pupils in year 5 enjoying their Bible Explorer lesson. Today they learned about The Walls of Jericho.

Your teacher will very soon be filling this page with exciting class news, pictures of things we’ve done and more.
Do you have any ideas for this page? Why not let you Teacher know!
Have you seen the Kids’ Zone? Play games and visit some cool websites. You can vote for your favourites.